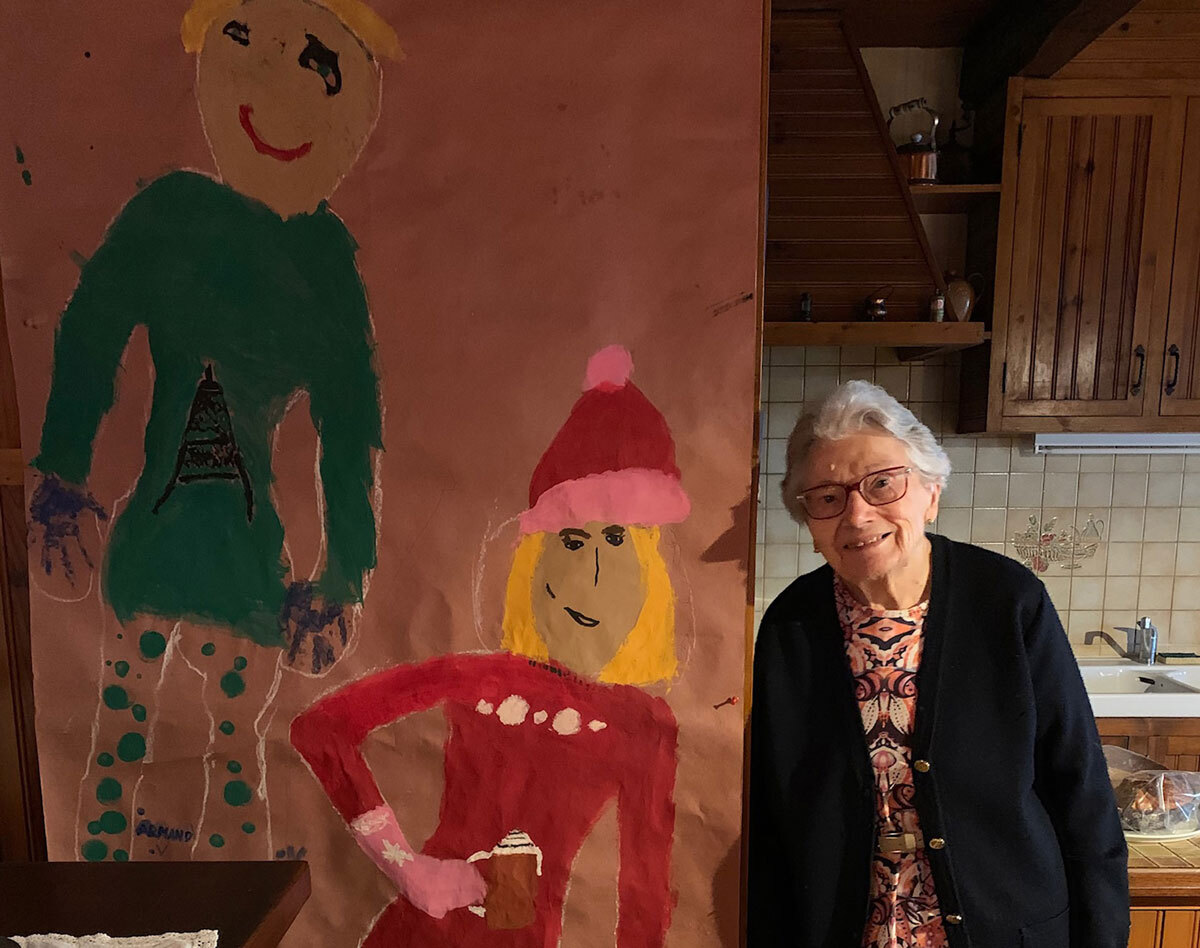 Sum­mers are the sea­son of nos­tal­gia for most, and Stéphane is no excep­tion. He can’t talk about sum­mer with­out talk­ing about his Mémé. She is the know­er of all things use­ful, the keep­er of all things secret. She impart­ed in him her zest for life, her love of fam­i­ly and her pas­sion for good food and drink. She spoiled him rotten.

Every­thing tastes bet­ter at Mémés. Her house is nes­tled in the sleepy coun­try­side on the out­skirts of Saivres, an hour north of Cognac, where even the air seems slight­ly sweet. She is a mag­nif­i­cent gar­den­er who has been doing ​“farm-to-table” her whole life. For us, it’s just as deca­dent to dine at Mémé‘s table as at any of the divine­ly deli­cious restau­rants in France. Her ​“touch” for gar­den­ing is equaled by her ​“touch” for cooking.

After play­ing in the gar­den or run­ning wild with the soc­cer ball, Stéphane would enjoy a piece of home­made cake affec­tion­ate­ly known as Mémé gâteau. This secret fam­i­ly recipe has been passed to Stéphane’s father so now it is referred to as Papy gâteau, but one day in the far off future it might be named Lucile or Armand gâteau. The basics are in this art we had made for Stéphane’s papa. It’s a secret, so we know you won’t pass it along. 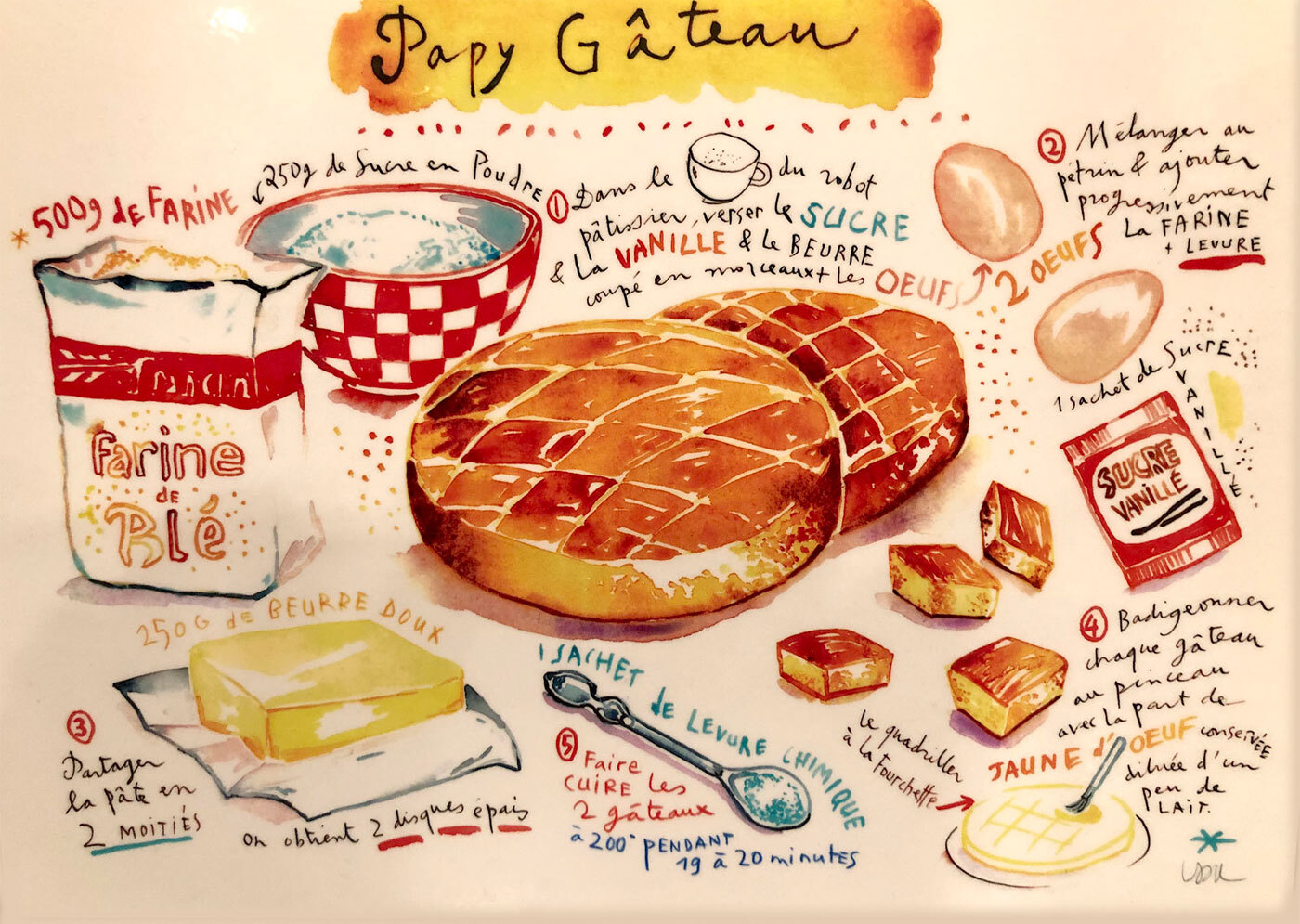 Mémé turns 100 this year and we look for­ward to sit­ting out­side with her before din­ner, sip­ping on * Pineau des Char­entes and mak­ing more memories.

Stéphane was first intro­duced to Pineau des Char­entes by his Mémé who enjoys this for­ti­fied sweet wine before din­ner. It is a blend of grape juice and brandy. Stéphane met a man who pushed him to make this mag­i­cal potion of his youth, fol­lowed close­ly by one who knew where to get California’s best brandy. The result is Sex­ton Vivier.